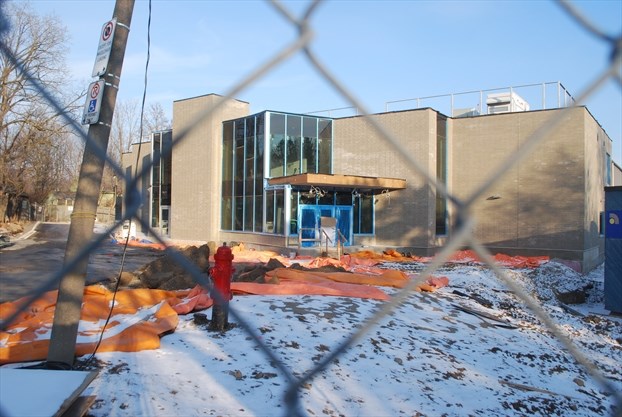 J.L. Grightmire Arena’s ongoing renovation costs had already exceeded the project budget by more than $171,000 by the end of September 2018, according to a city report.

City staff did not provide updated information on how far over budget the project has gone over the past four months. The September arena budget information was included among more than 500 projects in a 45-page capital projects status report that went to the city’s Capital Projects Works-In-Progress Sub-Committee on Monday, Feb. 4.

Century Group Inc., which has been banned from further city projects until December, originally bid $5,668,000 on the project in 2016.

Public works spokeswoman Jasmine Graham said Century Group's "construction" budget is one part of the wider "project" budget, and she suggested CGI has not yet exceeded its "construction" budget despite the entire project exceeding the $7-million total four months ago. She said project payment certificates indicate that as of Jan. 8 this year, CGI has achieved approximately 80 per cent of the project.

“City staff maintain reservations in the reliability of these schedule milestone (s),” Graham stated in an email.

Graham said the contract provides for liquidated damages of $1,000 per working day of delay.

“Three subtrade liens have been received and are being addressed by CGI,” Graham said. “The surety company has been engaged and is working with the parties.”